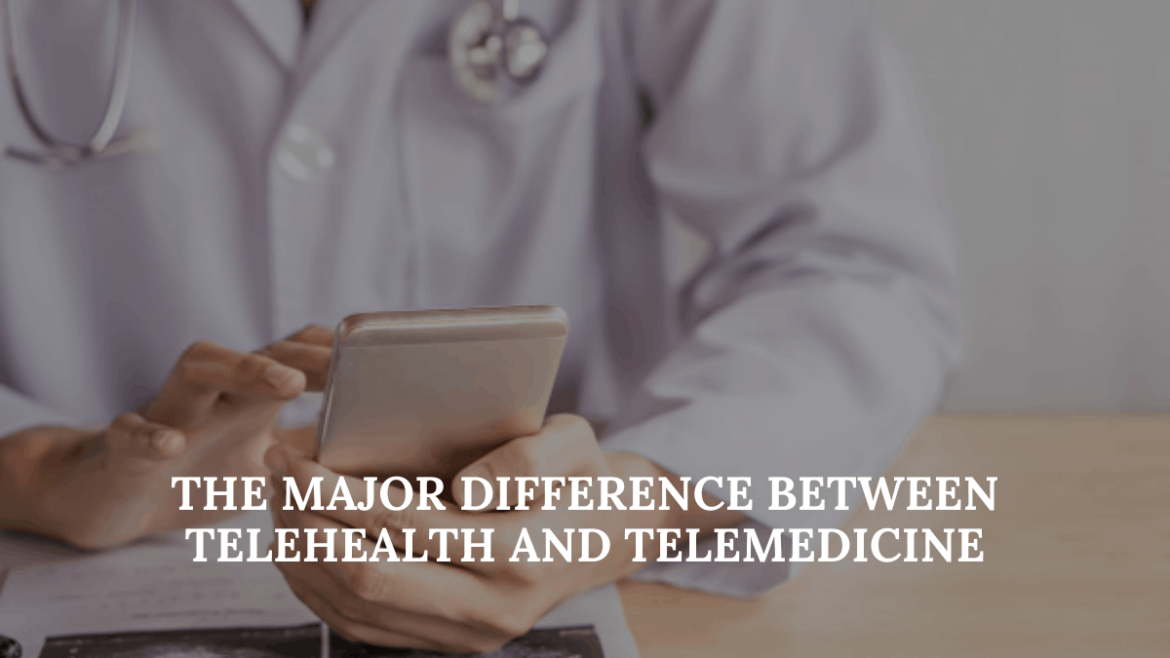 Every new concept brings with it a whole slew of terms and jargon. As we embrace these new concepts, it is important to wrap our heads around related terms and jargon that might be relevant to our interaction with the new concept. In 2021, telemedicine, and its cousin telehealth, are concepts we should ideally understand and differentiate from each other.

Along with virtual meetings, virtual schooling, and even virtual celebrations, virtual consultants with hair stylists and grooming specialists, came virtual medical consultation. Virtual medical consultation, known as telemedicine, enables remote diagnosis and treatment of patients, using the same tools that we use to have our meetings. The same tools that our children use to attend their lectures on a daily basis.

Telemedicine as a concept has been doing the rounds since about half a century now. It came into being in the 1960s, saw its first pilot project in around 1977, and even got a (US) presidential mention in 2010. These three cameo spotlight moments can be credited with paving the way for telemedicine to become a reality, but the true catalyst in making it a heavily-adopted concept was Covid-19. Indeed, telemedicine is being seen as one of the positive outcomes of the coronavirus pandemic that we’re still dealing with, almost a year after it became an actual problem for the whole world. In June 2020, India’s Prime Minister pushed for telemedicine alongside the Make In India initiative. The PM, in a speech, said that the nation must engage in discussions about new models of telemedicine.

Studies on the emergence of telemedicine and the potential benefits it can offer to the economy and to society have also been commissioned. Data is in its early stages, but everything points to the fact that telemedicine is going to be a big deal in the years to come. A report by McKinsey & Company indicated that India could save as much as US $10 billion over the next five years, if telemedicine replaced 30% to 40% of in-person, outpatient consultations, and there is digitization in the overall healthcare industry.

McKinsey’s estimates actually cover two concepts that are related, but must be differentiated from each other. The mention of outpatient consultations relates to the concept of telemedicine, whereas digitalization of the healthcare industry pertains to telehealth. We have covered some ground on telemedicine above, but what is telehealth, and how are the two different?

Let’s look at how the two concepts differ on-ground. We’ll examine telehealth first, since it lays the foundation for telemedicine.

When a patient uses virtual conferencing or video calling (or perhaps even a regular call) to consult with his or her doctor, get their prescription, or undergo follow-up visits, it comes under telemedicine.

As you may have gathered, the penetration of telehealth all over the country will be integral, if telemedicine is to become a reality.

You can now use your Bajaj Finserv Health EMI Card with ease for all your telemedicine consultations. Especially if you are being cautious in the continued pandemic situation, or have a senior in the family who is house-bound, you could definitely benefit from using the Health EMI Card at one of the 5500+ partners, located in over 1000+ cities. Best of all, you can break down any hefty medical costs into smaller instalments that are lighter on your pocket.